What is Your Data Purge Strategy and Frequency?

What is Your Data Purge Strategy and Frequency?

Data is kept for a default period of 6 months. This duration is configurable when deploying with Setup.

On the last day of every month, a new file/filegroup will be created for two months ahead. Following on from the previous example, on 31st March 2016, a filegroup for May will be created, and the result will be:

On the first day of the month, Insight will check the setting for the number of months of data to keep, and remove any files that are older than the setting allows. For example, consider the following database: 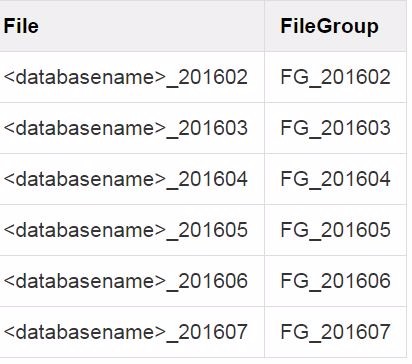